Marietta Museum of Art and Whimsy 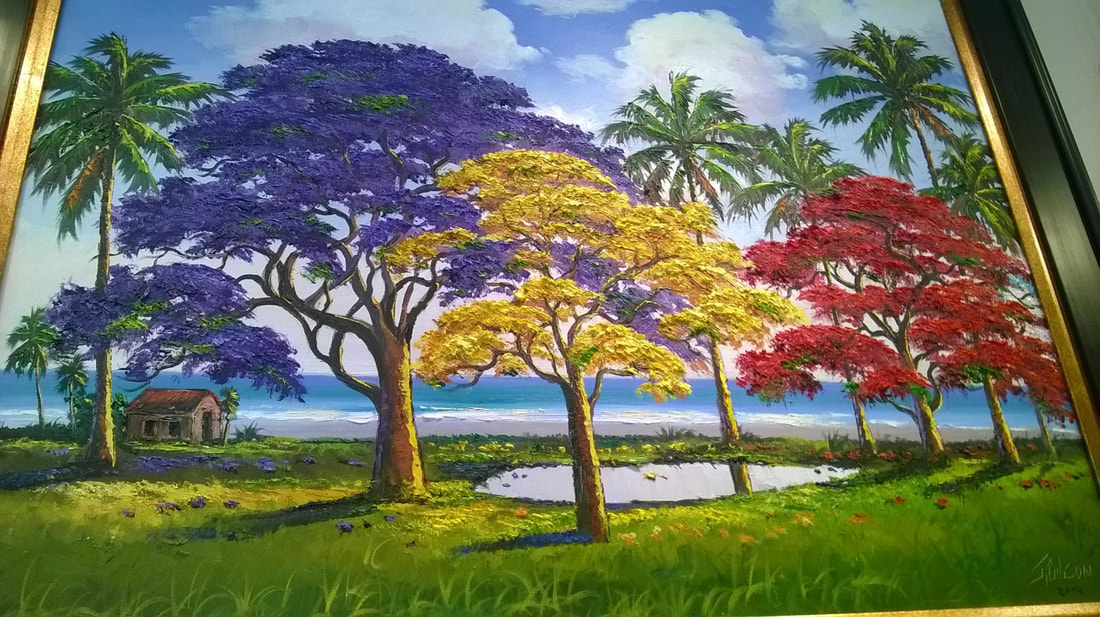 I had heard of a place in Sarasota, Florida called the Marietta Museum of Art and Whimsy and so I decided to check it out.  It was pretty cool and I wrote an account of my adventure for you, but I was in a goofy mood that night......

I had long heard rumors of the Marietta Museum of Art and Whimsy, but I had always held such fanciful tales as nothing more than mere superstition of the lower classes. When I then saw on my medium’s crystal ball (I believe those in the northern kingdoms call it an internet browser) that such a place in fact existed in the kingdom of Sarasota, I knew I had to see for myself if the other tales about it were also true.

Finally I arrived in front of a small building with a dolphin statue out front and took the second-to-last parking space at 1:24 according to my electronyc sundial. Opening the door and passing the threshold, I entered a room of fantastic magical creatures never before observed in the civilized world. There were stuffed cloth people and sculptures of coral, birdhouses, cats, and much more that was unidentifiable by me. There were paintings of all sizes and shapes hiding around every corner. A mysterious being soon greeted me and informed me of the Marietta grand law. First, I was told that under no circumstances was I to touch any object for any purpose, nor touch any other mortal such as myself without explicit permission. It seemed an impossible task, but I raised no objection as I feared greatly what unnatural powers this being might posses. Second, I was told that under no circumstances was I allowed to eat any object for any purpose, whether an object I found there or one I had brought in myself. I was greatly relieved that whatever else they might do to me there, at least I would not be on the menu. Still, I prayed to the spirits of art that the being could not sense my extremely edible nature. The being did grant that I was allowed to capture images with my electronyc eye, without which I would have no proof of the existence of such a magical place…
​
Among the paintings therein were the works of a paint wizard named James Gibson. His specialty seems to be brightly colored trees. The paint was layered so thick in some places that it stuck from the canvas in great flakes, seeming as if to reach out for me. Slightly frightened, I wondered if the grand law concerning consumption applied to the inanimate as well as the animate.

Among the sculptures therein were the works of a ceramics wizard named Ayenne Applebaum. The name being foreign to me, I was unable to discern if it be a male or a female – or perhaps both. Who alive can comprehend what strange ways these immortals might have? I decided for my sake to refer to the wizard as a she, rather than succumb to the madness becoming so common in these strange lands of late. Her sculpture was that of a coral reef, complete with armored seahorses so expressive and detailed I thought for sure that I was in fact drowning in the sea and imagining the entire museum for lack of breath.

I saw pictures of birds that were farms and towns that were birds. I saw paintings of cupcakes and paintings of cats. I saw red, green, and blue stars dance across the ceiling in ways certainly never ordained by the creator of the heavens. Feeling a need to escape this abomination, I found a door and left the building, but in my haste I had exited out the wrong side. I was surrounded by brightly colored plants and animals that remained eerily still. I very nearly died from fright at stumbling across the metallic beast imaged below before realizing it was just as devoid of movement as the others. I warn the reader that this beast is of a particularly frightening nature and I will not be held responsible for what effect it may have upon you have you neglected your morning prayers. Still, I feel it important to include in this report so that you may understand the terror I was in at that time. I urge you to view at your own risk and to first clear the room of women and children. 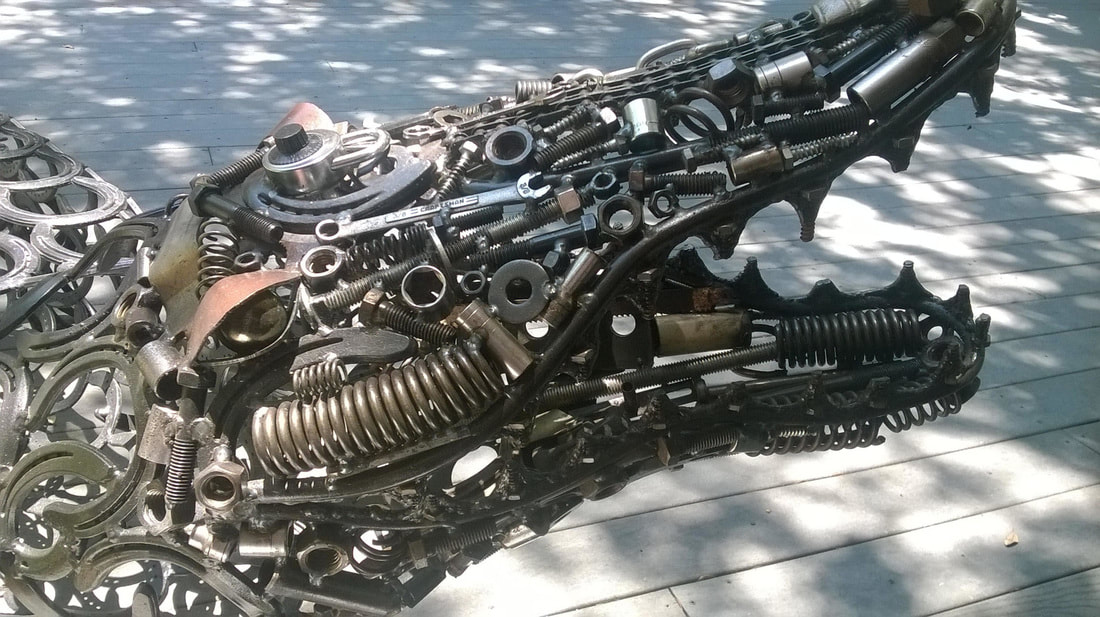 There were chairs and tables in the shade and I saw many mortal visitors sitting quietly oblivious to the strange environment. There was music here as well and I endeavored to discover the source as I could see no band. My horror was boundless when I discovered the music was in fact emanating from grey stones among the greenery. I wept when I realized that our greatest performers had had their souls captured by these devious Marietta beings and placed into stones, forced to sing for all eternity. I regret to inform my readers that John Lennon, Bob Dylan, James Taylor, and Paul Simon have been taken from us and imprisoned by evil Marietta magic. Woe be unto the southern kingdoms indeed.

After taking a few hurried images with my electronyc eye, I reentered the building trying to retrace my steps. I now saw that there were several Marietta beings, identifiable by the glyph-printed placards hanging from their fronts – or at least what I imagined to be their fronts since this was the side in the direction that they moved. One of them had a large group of mortals entranced by her (his?) words as she told the histories of how each artifact came to be. I caught some of her words as she told how one of the art wizards was cured of a dark, homicidal insanity by channeling it into fabric paint on plywood. I shuddered to think of all the concentrated evil locked up in these pieces of art.

That I was not also entranced by her words I owe to the lucky fact that I was on the fringe of the group and her words were hard to penetrate the ambient noise, making them hard for me to comprehend. At last I was able to find the door I had originally entered and I stumbled into the sunlight a full hour in the future.

The sights and sounds there no man should ever be made to endure, yet I survived and escaped. The Marietta are not omnipotent; they can be defeated. They aim to deliver horrors to this world, but we will instead deliver horrors to them! I bid all who are willing to bravely face this menace to follow me back to their Sarasota lair, where we shall don our fiercest war paint and show the Marietta that we mortals too can be artistic. Who’s with me?